Le Cirque de la Nuit is incredibly proud to present our 10th Signature Production in our ever-expanding world of uniquely exhilarating nightlife events! Join us on April 22th, 2022 as we invite you to come embark on a time-travelling adventure like none other! Witness the extraordinary, mystery and intrigue that is Époque!

The year is 1895, and in the midst of the steampunk era, an unorthodox quirky inventor has created something astounding… a machine that allows him to travel through space and time! On April 22nd, he is ready to share his discovery with the world and cordially invites you to his humble abode and witness this astonishing feat. Will he succeed?

For all those seeking refuge from the ordinary and mundane, be prepared to enter a world without boundaries and rules!  Le Cirque de la Nuit patrons play an important role in making these events everything they can be, so we encourage you to fully immerse yourself into the theme and dress the part. After all, how often do you get to run away with the circus!

Balkan Bump is the newest project from trumpet player, producer and ethnomusicologist Will Magid.

Balkan Bump launched to an unexpecting audience in late 2017 with his debut track “Aymo” alongside superstar collaborators Gramatik and Talib Kweli. Finding an affinity-based in his own Balkan roots, Gramatik has championed the new project; debuting Balkan Bump’s first live performance at Gramatik’s anticipated NYE show at Terminal 5; taking Balkan Bump’s live show on the road for the Spring 2018 Re:Coil tour; and releasing Balkan Bump’s debut EP via his Lowtemp label imprint.

Since then, Balkan Bump has quickly blossomed to international audiences, performing at Coachella, Bonnaroo, Lightning In A Bottle and Electric Forest, and releasing collaborations with CloZee, The Gift Of Gab, The Geek x Vrv, Fakear, and more.

This thrilling blend of live brass and electronic production carries over to Balkan Bump’s live show, a horn-infused live set which has gone on national tours as support for Gramatik, Haywyre, Beats Antique and CloZee.

Hailing from Victoria, BC, Illvis Freshly blends elements of Hip Hop, funk, pop, rock, and electronic music. With high-energy live performances, bass-heavy beats, and their own signature sound, these boys are a must-see and truly one of the freshest groups on the West Coast.

Their albums and numerous remixes have received local and international attention in the worldwide hip-hop, funk, and electronic scenes, establishing them as one of the most progressive, accessible, and fun acts in Canadian Hip Hop. Illvis Freshly is, “one of those bands you have to see live”. They
have had the opportunity to bring their feel-good party vibes to a number of amazing festivals including: Shambhala, Rifflandia, Electric Love, Fozzyfest, Boogaloo, Kamp Festival, High Times Cannabis Cup, Quadrapalooza, Victoria Ska and Reggae Festival, and, Tall Tree Music Festival (to name a few).

In the beginning, Mt. Doyle was known for his smooth taste in Drum & Bass, and his unmatched love for pizza. But it wasn’t long before Doyle expanded his horizons to include Funk, House, Hip-Hop and Bass, all with his soulful West Coast flavour. He quickly became a staple in the BC electronic music scene, known not only for his multi-genre sets but his range of recorded mixes as well. 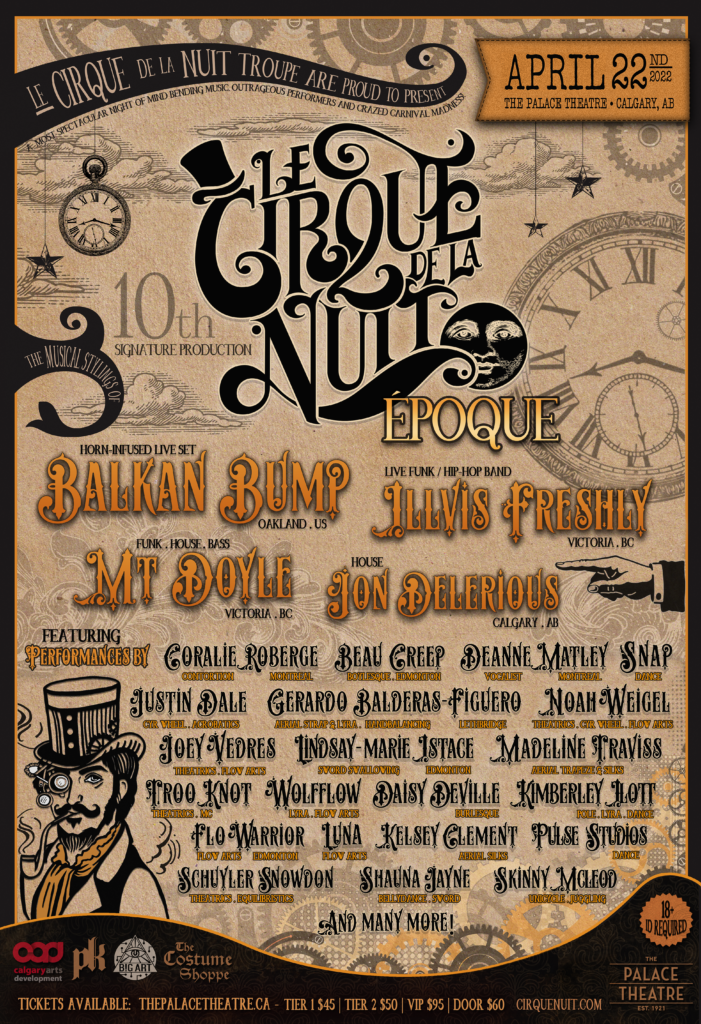 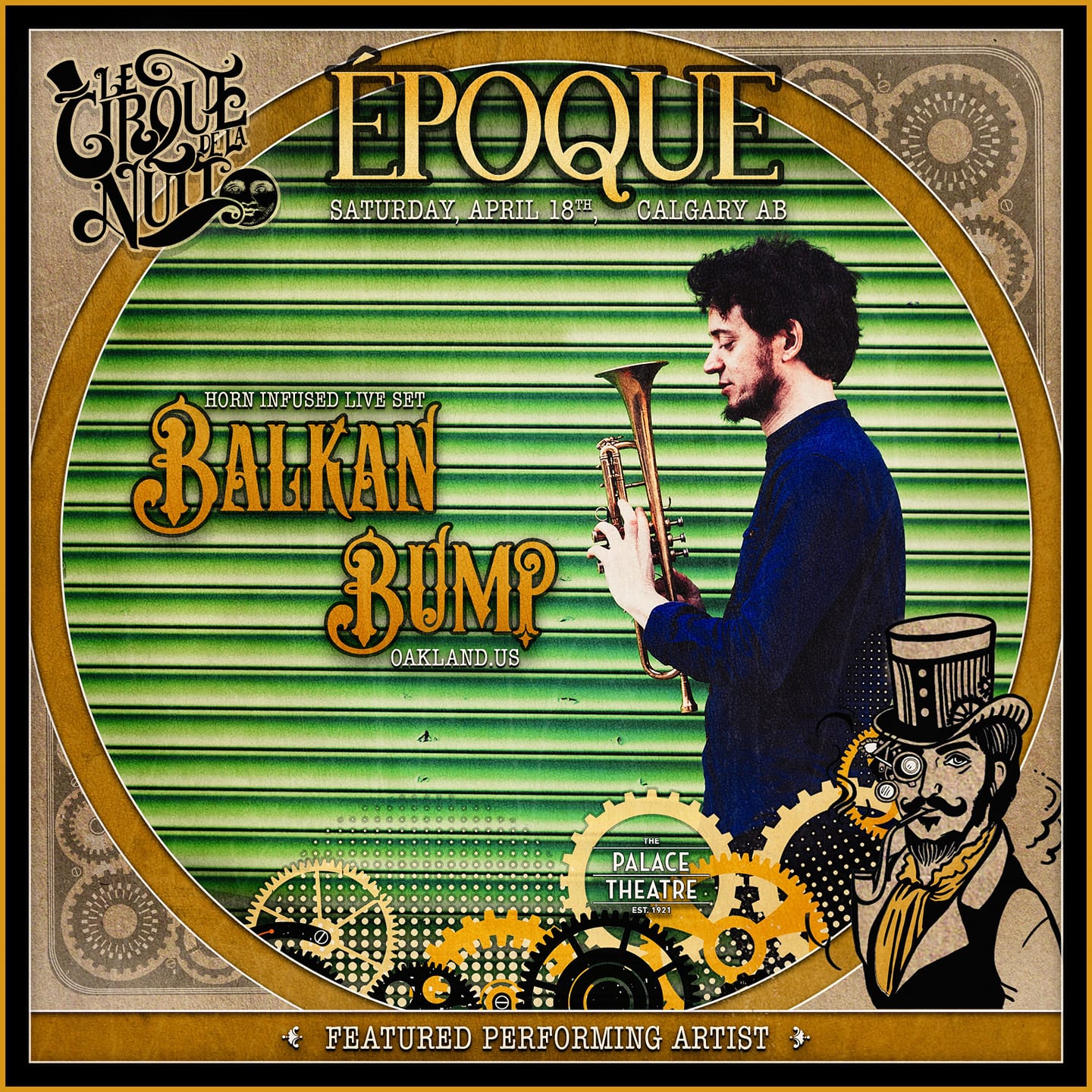 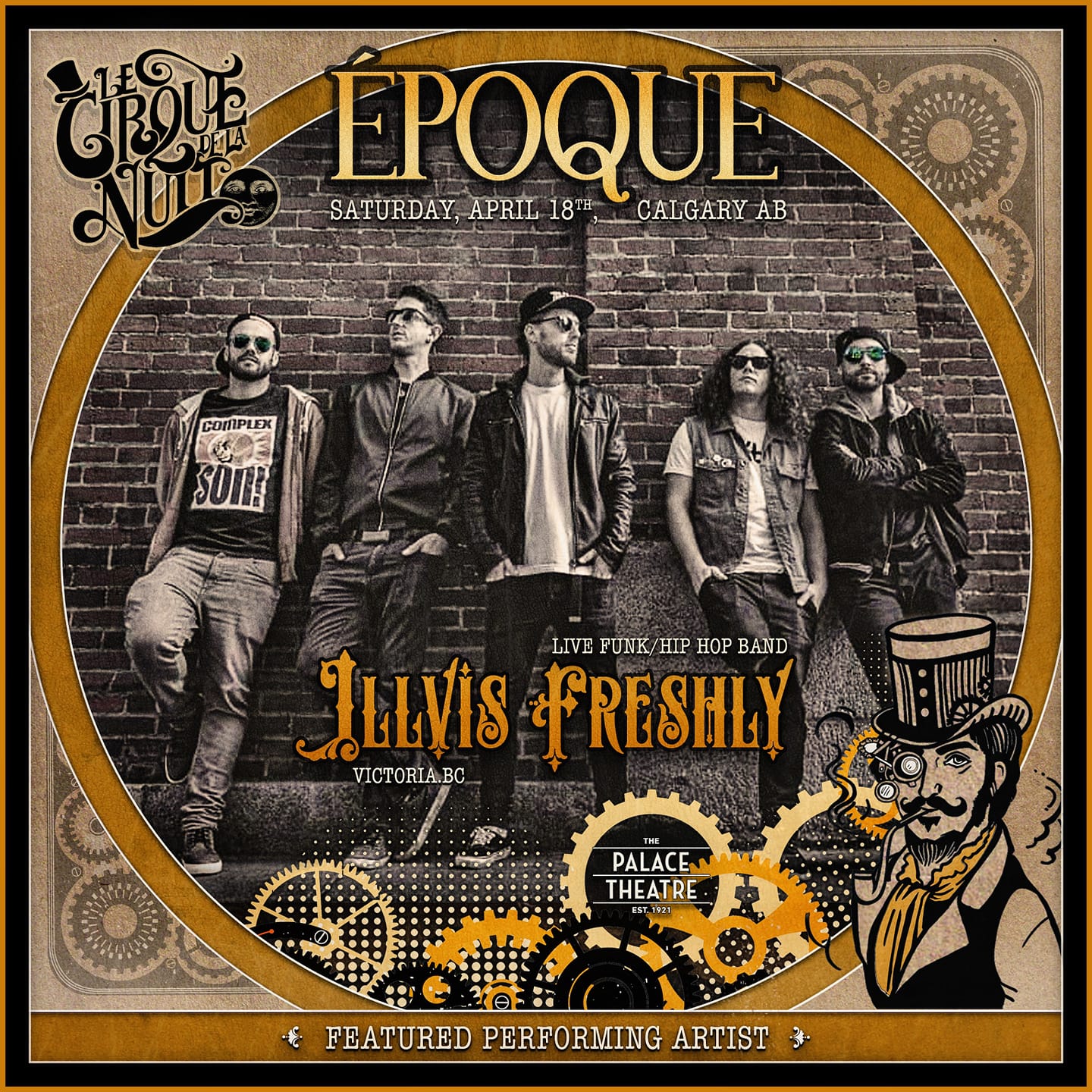 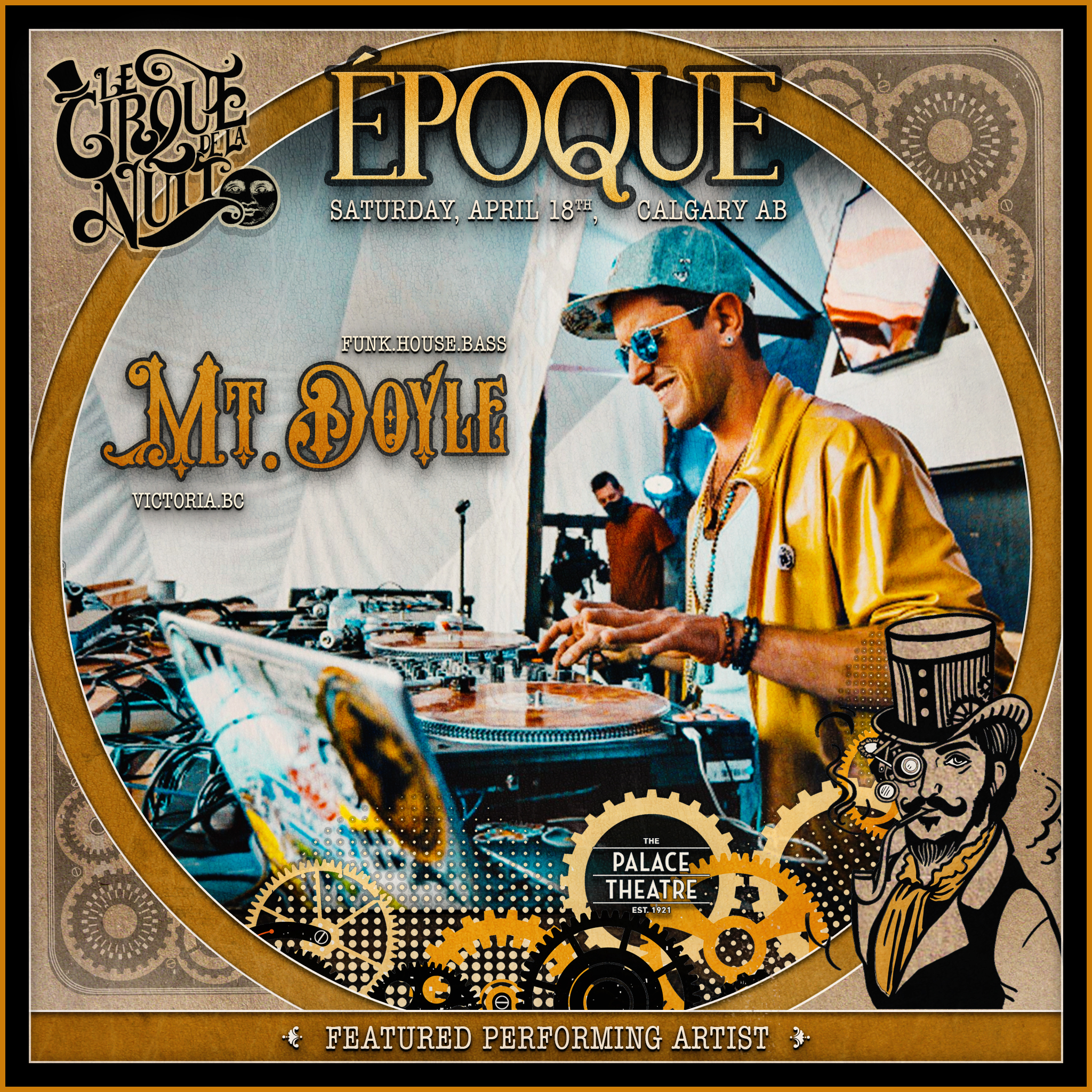 Tickets are $35 for Early Bird, $45 for tier 1, $50 for tier 2 and more at the door. VIP Tickets are available on a first come, first serve basis. +18 only with valid issue government ID